From October 12th to 15th, a regional workshop took place in Vientiane Capital, Lao PDR, introducing the concept of soft-skills. 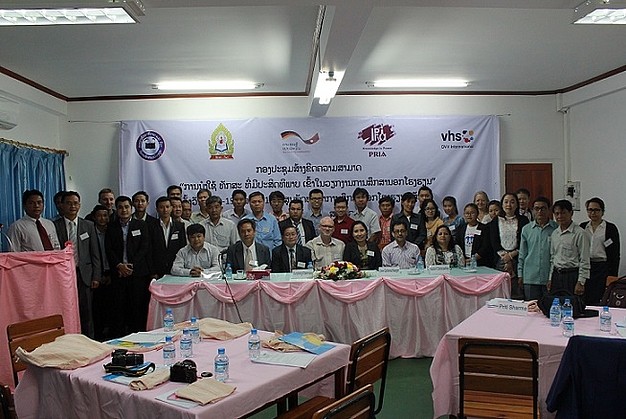 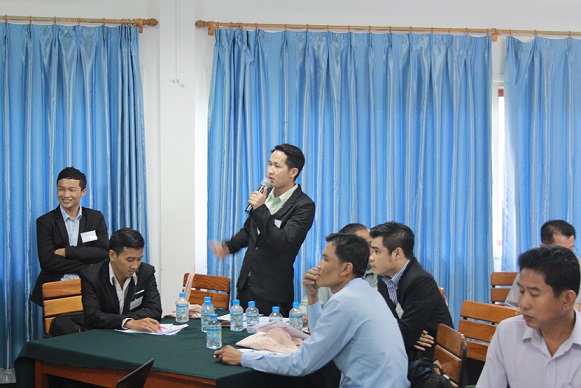 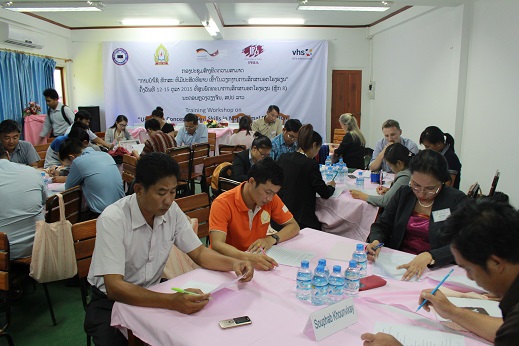 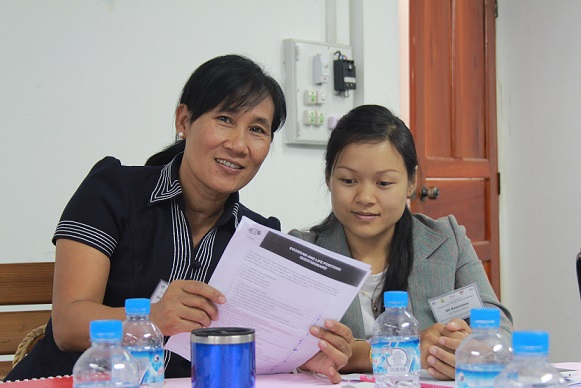 In a joint cooperation, DVV International, the Department of Non-Formal Education (DNFE), the Non-Formal Education Development Center (NFEDC) and Participatory Research in Asia (PRIA) conducted a regional workshop on the concept of soft-skills from October 12th to 15th. Opened and chaired by Mr Ounpheng Khammong, deputy director of DNFE, Mr Somsy Southivong, director of NFEDC, Mr Uwe Gartenschlaeger, Regional Director of DVV International and Mr Kaustuv Bandyopadhyay (PRIA), the three days aimed to 1) to develop an understanding on soft skills’ concepts and their importance in NFE 2) to build skills on decision making, strengthening teams and negotiation and conflict resolution styles and 3) to agree on the next steps.

A general introduction into the concept of soft-skills stressed the fact that soft-skills are not new, in contrary, every person possess them and use them regularly. The aim of the workshop was thus not to learn something completely new but to get aware of these skills and enable the participants to use them as effective as possible.

Presentations about the current “status quo” in Laos, Cambodia and Vietnam brought important insights about how soft-skills can be used on and influence the global, regional, national and local level. The contributors showed the current usage of soft-skills in their country and pointed out challenges related to soft-skills.

Facilitated by two experts of our partner PRIA, important soft-skills were introduced during the workshop: Starting from the Self, it was showed that critic can be said in two different ways: depending of tone, gestor and the wording of the saying, critic can either be caring (“That’s not right. Let me show you how we can improve your result”) or critical (“It’s wrong. You have to change that”). Additionally, it was pointed out that critic should always be conditional, meaning that the person has to understand why she or he is criticized.

The whole workshop was shaped by an active participation of everyone: The participants asked many questions and discussed a lot about the new insights. PRIA used different interactive learning methods, ranking from self-tests to group games. This balance between theoretical input and interactive parts made the concepts understandable for everyone.

With that new knowledge, the participants developed ideas for projects to incorporate soft-skills in NFE, which ranged from a regional project in the north to a three year regional cooperation. The results made clear there is an interest in further workshops and projects on the topic of soft-skills.

Overall, the workshop was a great success. The participants gained a lot of new insights to take home, which shall now be further shared and implemented in ongoing activities. Four days of intense work in great atmosphere made strangers become friends.