DVV International launched its work in the Lao People's Democratic Republic in late 2009 with the arrival of the German Regional Director in Vientiane and the rental of suitable office space.

The projects of DVV International in Laos are financed by the Federal Ministry for Economic Cooperation and Development (BMZ). DVV International conducts adult education measures to combat poverty on three different levels: 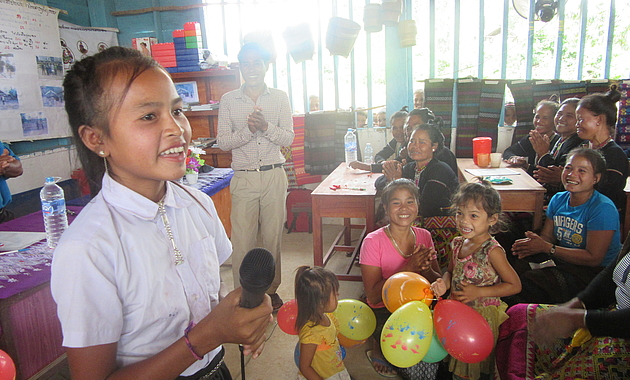 A girl presents her new literacy skills in a Community Learning Center in rural Laos. 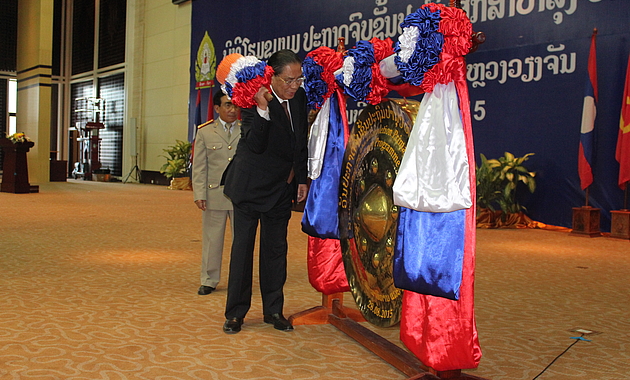 The president of Laos, H.E. Choummaly Sayasone, opens the ceremony to celebrate the complementation of Primary Education in Lao PRD in August 2015. 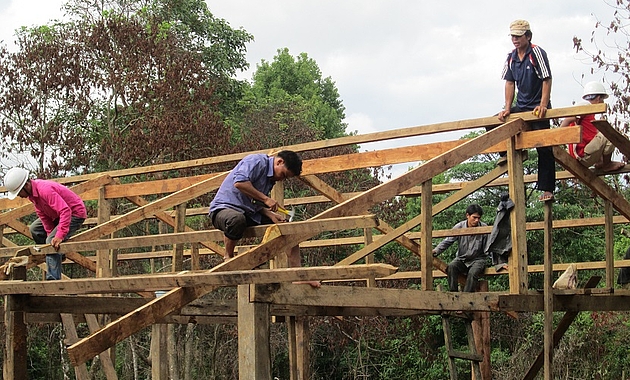 The link of vocational training and the direct application of the new skills in daily life is very important: Here , villagers use their acquired skills to build their own CLC. 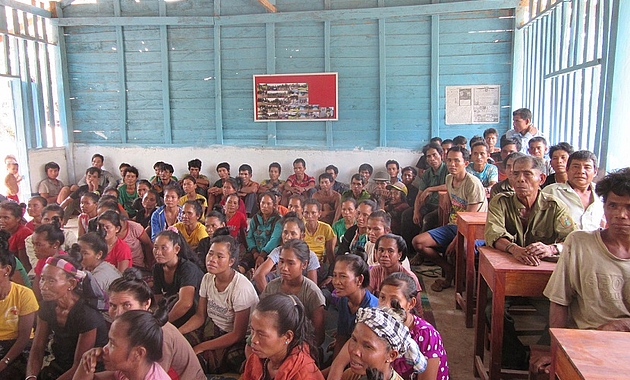 The whole village joins the official handing over of the CLC. 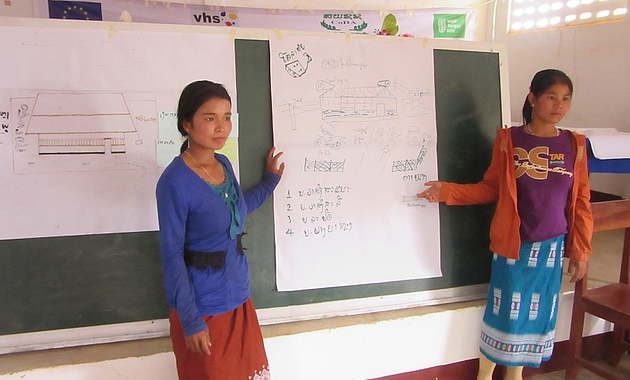 Participants of a training for facilitators. As their skills are crucial for the success of all kind of classes, dvv-international is engaged in improving the knowledge of the trainers.

The regional office in the Laotian capital of Vientiane is also responsible for projects in Cambodia. DVV International has already become well integrated within the local adult education community.

It is a member of the Education Sector Working Group and collaborates with most of the German development cooperation organizations in the region.

Special attention is also called to the project's regional collaboration with ASPBAE (Asia-South Pacific Association for Adult and Basic Education) and the UNESCO Regional Office for Asia.

Its population comprises 49 officially recognized ethnic groups. In 1954, Laos gained its independence from French Indochina. The ensuing 20-year civil war came to an end in 1975 when power was seized by the communist popular front, the Pathet Lao, which was succeeded by the Lao People's Revolutionary Party (LPRP).

Although Laos remained officially neutral during the Vietnam War, Viet Cong supply routes which passed through the country were the target of massive bombing by the USA. Nearly a ton of bombs per inhabitant were dropped over the course of the war, leaving Laos the most heavily bombed country per capita in the world. Landmines and unexploded ordnance are still a severe problem today, also for development cooperation. In all likelihood it will still take decades of work to clear the minefields.

Laos has remained largely cut off from the dynamic economic development of its neighbouring countries - China, Thailand and Vietnam. It is one of the world's least developed countries. Considering that nearly a third of the population lives below the national poverty line, poverty reduction is the overarching objective of Lao-German development cooperation.