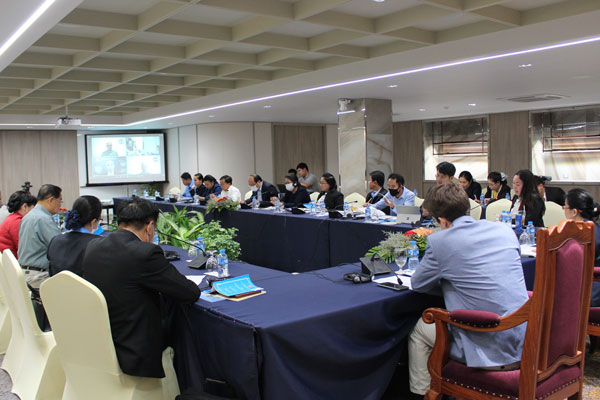 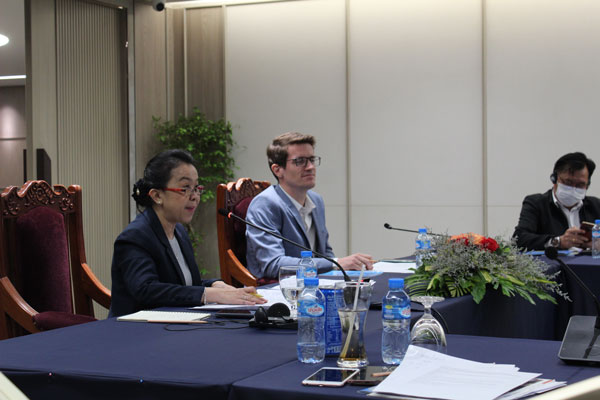 Since 2016, DVV International, along with other development partners and the Department for Non-Formal Education (DNFE) in the Ministry of Education and Sports (MoES) developed a Decree for Lifelong Learning which is to serve as the underlying concept of the Lao education system. The decree was officially approved by the Prime Minister in 2020. The implementation now gained new momentum through an inception workshop with online participation from the UNESCO Institute for Lifelong Learning (UIL) and the UNESCO Regional Office for Asia and the South Pacific in the end of March 2021.

Developing a decree can be a challenge, getting approval might be even harder as you need support from the political sphere. But actually implementing it might be the hardest task as it requires not only political consent but also the interaction of many stakeholders from different sectors, in the case of the Lifelong Learning Decree also from outside the education sector. In order to still meet this challenge, DVV International and DNFE invited Alex Howells and Raul Valdes Cotera from UIL and Ichiro Miyazawa from the UNESCO Regional Office to share their thoughts about the implementation with those who are involved with the application of the Lifelong Learning concept to the Lao education system.

Initially, the DNFE presented open questions with regard to the implementation to the UNESCO guests who then replied in a very much “hands-on” manner. All parties immediately agreed that in order for the decree to be successfully implemented realistic standards about available budgets and human resources have to be applied. In other words: The approval of the Decree does not come along with additional budgets or and additional workforce. To the contrary, the decrease of national revenues might rather lead to shrinking budgets in the foreseeable future. Nonetheless it soon became evident that there are a loth of promising entry points when it comes to defining priorities for the implementation of the decree.

Flexible learning pathways for everyone

One prominent area in this regard which has a significant place in the decree is the issue of recognition, validation and accreditation (RVA) of prior learning outcomes. On the one hand, this still is a major obstacle with regard to the permeability of the education system in Lao PDR. The DNFE and its sub-structures at provincial, district and sometimes even village level offer so-called “equivalency programmes” that provide drop outs or even citizens who have never been part of the formal system with an alternative opportunity to finish primary or secondary education. Yet, so far this does not allow the graduates from the non-formal system to take up education in regular schools again. In terms of the lifelong learning concept and the implementation of the decree, it would be crucial to change this. In general, the creation of flexible learning pathways would be essential to increase the visibility of learning, the self-esteem and motivation of learners and to contribute to greater well-being and more job opportunities on the long run.

A second substantial area in the decree is the establishment of lifelong learning institutions. Looking at restricted budgets and structures, this does not imply the founding of new institutions but rather the transformation of existing institutions into places that offer lifelong learning opportunities. This could, for example, imply the development of a concepts which allows for the use of primary and secondary schools as well as higher education institutions for a wider public out of the regular school hours.

Another valuable advice that was provided during the meeting was the focus on the political advocacy level. It will be important to have political decision makers on board and to make them champions of lifelong learning in order to ensure wider political consent. And thinking a bit outside the box, chances for cooperation with the private sector should not be overlooked. Why not establish agreements between DNFE and private companies to arrange for internships and education opportunities of NFE graduates?

The list of recommendations and advice developed in exchange between DNFE, other Lao stakeholders, UIL, UNESCO and DVV International grew longer and longer over the course of the meeting. Clearly a good foundation was set for the development of an action plan for the implementation of the decree. DVV International will closely accompany this process which will be supported by UIL and UNESCO as well. In November, there is a great probability that a group of between 8 and 10 Lao representatives can take part in a three-week online training on the implementation of a lifelong learning concept organized by UIL and Shanghai Open University.

Until then the meeting defined a significant amount of homework for Lao stakeholders. A first task will now be the official establishment of the Steering Committee for Lifelong Learning which will be presided over by the new Minister of Education and Sports. This Committee will be responsible for the official approval of approaches and decisions taken under the decree. Daily affairs will be managed by the DNFE itself which will serve as the Decree´s secretariat.

In her concluding remarks, the Director General of the Ministry´s Department for International Relations, Dr. Silinthone Sacklokham, emphasized the role of the concept as well as the importance of continuous support from DVV International. For DVV International, the support of the decree will certainly remain high on the agenda in the coming years.